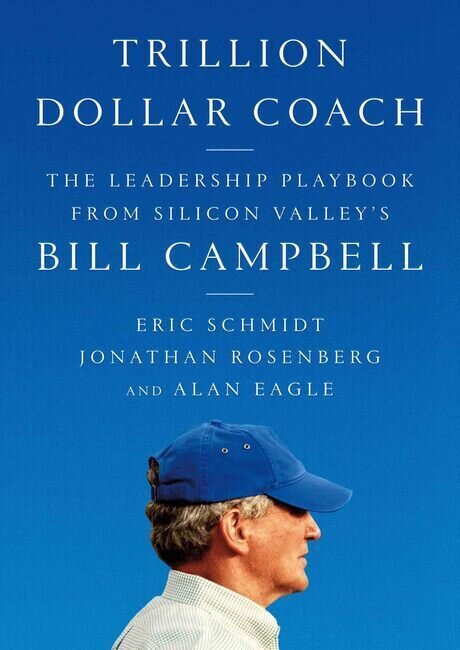 Anyone striving to be successful in business might ask themselves: What do the most successful leaders and innovators have in common? Some of the first names that come to mind who fit this description might be Steve Jobs, Eric Schmidt, Sheryl Sandberg and Jeff Bezos. Beyond the obvious commonalities of wealth, success and propensity for world-changing innovation, these titans all received coaching throughout their career. And not only did they all receive coaching, but they all received it from the same person – Bill Campbell.

Bill Campbell began his career as a football coach at Columbia among other places before making his way to Silicon Valley where he held executive positions at Apple and Intuit. He is most remembered for how he combined these two careers in coaching dozens of the top business leaders in the Valley. While Bill did his best to stay in the shadows, his secrets have now been revealed. Following his death in 2016, a few of his ‘players’ decided to share his wisdom with the rest of us and via their book ‘Trillion Dollar Coach’, which is this month’s selection for the Madison Energy Investments’ book club.

Recruiting and hiring is the first step in building any good team. Bill believed in hiring with an emphasis on potential and mindset (shout out to Carol Dweck) more so than experience. In order to hire the right people, Bill had a list of characteristics he looked for in team members:

Given his background as a coach, he especially considered team fit. He instructed those he coached to create a climate of open communication, candor, respect, feedback and most importantly, trust. Trust allows teams to commit to an objective, a strategy, a market even if there is disagreement. In fact, Bill would encourage disagreement, but once the decision was made, everyone needed to commit 100%

He established trust early on by getting to know the human before the colleague. He would go deeper than “how are the kids?” Several executives coached by Bill talked about the tough love they would receive from him. One of the best examples in the book is from Sheryl Sandberg:

“I met Bill during my first week at Google. Having been convinced by Eric Schmidt to jump on the rocket ship, I had joined Google but it was not very clear what my job actually was. I was supposed to be a “business unit general manager,” but there were no business units and therefore I had nothing to manage. I met Bill in the lobby of our only building. His first question was: “What do you do here?” I had no real answer so I went into a long explanation of what I used to do at the Treasury Department and what I thought I might do one day at Google. He listened impatiently and said again, “What do you do here?” I paused and said, “I don’t really know.” And he said, “Well, you better figure it out. No one cares what you used to do or what you want to do — just what you actually do.” It was sage advice that I never forgot. He helped me and many others figure out what we did at Google – and over the next six years I turned to him over and over for advice.”

Once the right people were on the team, the best leaders provided their teams with:

Characteristics of a Good Leader

Bill led by example and took a sincere, personal interest in the well-being of his people. He was an active listener, and when you were in his company, you had his undivided attention. Of course, he expected the same for you and demanded all laptops and phones were put away during meetings. His high school football team recalls a time when he was coaching, and he declined a call from Steve Jobs. But Bill was also known as the type that always returned your call.

At a high level, teams must be provided with the necessary tools, information, training and communication. Tools and training vary by industry and may require some upfront investment in your people. Information should flow freely with the goal of transparency across the organizations. And of course, communication is a constant throughout business and especially important in meetings.

Bill’s focus on candor is especially highlighted in his advice on how to run meetings. He encouraged teams to put the ‘elephant in the room’ front and center. And when discussing pressing issues, he wanted everyone to lay it all out there. This philosophy likely sounds familiar to those Ray Dalio fans out there – given his focus on ‘radical transparency’.

The authors of the book tell a story about Marissa Mayer who was a hot shot when she first joined Google. Together, Bill and Marissa realized that she would often cut her people off and not allow everyone to speak during meetings. To encourage participation from everyone and allow space for collaboration, Bill advised Marissa to be the last one to talk in meetings she led. She admitted this was uncomfortable at first but allowed her team to contribute and this practice produced better results. A lot of leaders could learn this patience from Bill and Marissa.

1on1 meetings were Bill’s specialty. He had a formula he would follow that always started with human interaction. This would include personal news, vacation recaps or business trip stories. Many of his fast-paced players, including Eric Schmidt, at first thought this was a waste of time. But they began to realize that it helps build trust and friendship amongst teams, and Eric now uses this strategy in his meetings.

After the human catch-up, Bill would ask a series of questions. What are you working on? How’s it going? How can I help? How are your peer relationships? How are the teams doing? And then they would work together to course-correct where needed. The word together should be stressed. Eric Schmidt recalls that often these course-corrections were so integrated that he couldn’t remember if the ideas were his or Bill’s. That’s a sign of a good coach.

One of the common threads throughout the book was to work the team, not the problem. He would instruct his players to pair with people across the organization to solve problems, and problem is a keyword. He was adamant that leaders should never suggest a solution. Inform the team of the problem, guide them to a decision, and only interject to break a tie.

The best leaders can identify communication gaps and fill them when needed. They spot players strengths and weaknesses and pair the right people together to accentuate everyone’s strengths. Leaders identify tensions among teams and alleviate them before they escalate into problems.

Bill had a love of Founders and would work especially hard to make sure that they were always a key part of the company. He posited that they cared more and had the grit required to build outstanding organizations. He had ways of dealing with their egos and making sure they worked well with outsiders when they needed to be brought into the organization. There may not be a better example of this type of success than Eric Schmidt coming to Google to work with founders Sergey Brin and Larry Page. And Bill was there every step of the way.

Many of the stories about Bill have more granular, tactical advice interwoven throughout them. These tidbits can be valuable for any organization.

1. Pick up the phone and always return calls

2. Emails should be clear, concise and compassionate

3. Acknowledge people’s frustration, sometimes they just need to be heard

4. Give critical feedback in private

5. Coach in the moment, don’t wait or schedule a separate time

And perhaps the most impressive aspect of all, Bill was rarely, if ever, compensated for his coaching. He is often quoted as saying “I take no cash, stock and no shit.”