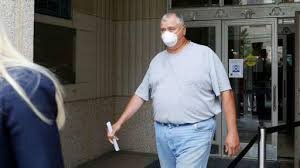 $60M Corruption in Ohio – This Ohio FBI probe is shaping up to be a good one for the true crime crowd. FirstEnergy, pays $60M bribe to politicians controlling the state legislature. Legislature then gives FirstEnergy billions in bailout, requires coal plants to stay open that are bleeding money. They put up barriers to entry for solar / wind, so they maintain electricity supply and full control. The fine citizens of Ohio pick up the tab for the bailout, bribes, and dirty air. This has all the makings of a decent Netflix doc in a few years after the executives and politicians are in prison. Good coverage from Vox, Toledo Blade and Utility Dive.

ComEd agrees to $200m fine. The executives at ComEd have never been happier to see First Energy in the news. The only that could take attention away from a $200M fine for federal bribery charges is the scandal at First Energy. From GTM: “Illinois utility Commonwealth Edison has agreed to pay a $200 million fine in relation to a federal investigation over bribery charges that have cast a shadow over its policy efforts in the state capital. Friday’s deferred prosecution agreement filed in federal court will require ComEd to pay the fine and comply with regulations for three years. But the agreement, which is awaiting a court hearing date, will allow the 4.2-million-customer utility and parent company Exelon to avoid a criminal trial that could further expose details of its alleged wrongdoing to public scrutiny.”