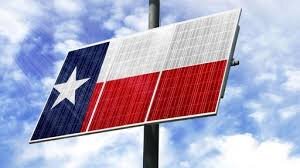 Solar advocates and potential residential customers alike are feeling the heat in Michigan, as two of the state’s largest utilities, Upper Peninsula Power Co. and Consumers Energy, are closing in on their net metering caps, with no replacement programs in place. In truth, Upper Peninsula has already reached its net metering cap, while Consumers Energy will likely do so by the end of the year. Once these caps are reached, the utilities have no further legal obligation to interconnect new distributed solar customers onto the grid, a prospect which could significantly stifle the state’s solar industry.

If approved, the measure would raise Nevada’s Renewable Portfolio Standard, or RPS, to 50 percent by 2030. Lawmakers in the 2019 Legislature approved a bill (SB358) that gradually raises that standard to 50 percent by 2030, in line with the proposed constitutional amendment. An RPS generally requires an electric utility to ensure that a specified percentage of the electricity sold comes from renewable energy, which is tracked through a credit system. Credits can be bought and sold from different entities if a utility is short on its renewable mandate, and can be procured through biomass, geothermal energy, solar energy, waterpower, and wind or energy efficiency measures (until 2025).

Value of solar increasing in Texas

Bucking popular wisdom, the relative value of solar-weighted generation in Texas’ main power market, ERCOT, reached an extremely high value in 2019 – well above recent levels for anywhere in the US. They remain relatively high in 2020, despite a much calmer ERCOT market. What’s more, ERCOT futures pricing now indicate solar-weighted power value may stay elevated for years to come. Solar Eats its Own?

The New Jersey Board of Public Utilities (NJBPU) took a major step forward to ensure an equitable clean energy future by approving the Year 2 Application and process for the State’s Community Solar Energy Pilot Program. This action ensures underserved and overburdened communities can access the health and financial benefits of renewable energy, and participate in the innovation economy that is contributing to a stronger and fairer New Jersey.