Insightful Reads and Resources from June 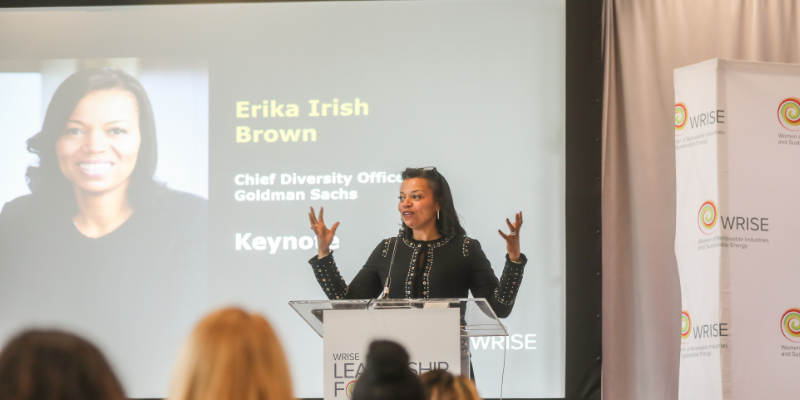 Lorde wrote a song about solar!

Q2 Solar Market Insight Report from SEIA – In Q1 2021, the U.S. solar market installed just over 5 GWdc of solar capacity, a 46% increase over the first quarter of 2020 and the largest Q1 on record. With Q1 additions, cumulative solar capacity in the U.S. has officially surpassed 100 GWdc and is expected to pass 100 GWac next year. Solar accounted for 58% of all new electricity-generating capacity added in the U.S. in Q1 2021, with wind making up most of the remainder. Residential solar was down 8% from Q4 2020, but up 11% from Q1 2020 with 905 MWdc installed, thanks to healthy sales pipelines that spilled over into the first quarter. Commercial solar and community solar volumes declined from Q4 2020, as is typical for these market segments. Commercial solar increased 19% over Q1 2020 and community solar declined 15% from Q1 2020.

Most new wind and solar projects will be cheaper than coal, report finds (IRENA) – Almost two-thirds of wind and solar projects built globally last year will be able to generate cheaper electricity than even the world’s cheapest new coal plants, according to a report from the International Renewable Energy Agency (Irena). The agency found that the falling cost of new windfarms and solar panels meant 62% of new renewable energy projects could undercut the cost of up to 800 gigawatts (GW) worth of coal plants, or almost enough to supply the UK’s electricity needs 10 times over. Solar power costs fell by 16% last year, according to the report, while the cost of onshore wind dropped 13% and offshore wind by 9%. And on a related note, in a report from DOE: Study Finds Limiting Renewable Energy Growth Would Result In Higher U.S. Power Costs and Simulations Show Nonlinear Relationship Between Renewable Contribution and Costs—and that U.S. Can Get To 80+% Renewables at Same Cost as Keeping System at Today’s 20%.

Solar in the Southeast Fourth Annual Report “Solar in the Southeast” illuminates the critical role of utilities in the growing southeastern solar market. Southeastern states, particularly Alabama, Florida, Georgia, Mississippi, North Carolina, South Carolina, and Tennessee, grant monopoly utilities, rather than a competitive marketplace, the responsibility and control over power supplies. Consequently, the location of a home or business is the primary determinant not only of which utility will supply the electricity, but also the amount of solar within that portfolio. This goes along well with another report entitled Achieving 100% Clean Electricity in the Southeast from SACE.

Clean energy investment needed to avert emissions surge in developing world, says IEA (via Reuters) – Investment in clean energy in emerging and developing economies needs to rise by more than seven times, topping $1 trillion per year by 2030, to put the world on track for net-zero emissions by 2050, the International Energy Agency (IEA) said on Wednesday.

FERC Order No. 2222 Can Drive Innovation, Lower Costs Across the U.S. Considering the Range of Use Cases for Distributed Energy in Wholesale Markets (via AEE) – In a new report, AEE outlines multiple use cases for distributed energy resources, illustrating the benefits of allowing aggregated DER participation in wholesale electricity markets under FERC’s landmark order.

‘Climate Change Doesn’t Have a Political Party.’ Conservative Environmentalist Benji Backer on Crossing Partisan Lines to Solve The Climate Crisis (via Time) – The conservative environmentalist Benji Backer wants to change how the climate movement has long been synonymous with the liberal movement. The president and founder of the American Conservation Coalition, a non-profit organization working to mobilize young conservatives around environmental action, Backer is working to engage members of the Republican Party on climate change.

Investors, companies, organizations call on U.S. Securities and Exchange Commission to mandate corporate climate disclosure (via Ceres) – During this week’s anniversary of the founding of the U.S. Securities and Exchange Commission (SEC), 180 investors with nearly $2.7 trillion in assets under management joined 155 companies and 58 nonprofit organizations calling on the regulatory agency to fulfill its mission to protect investors from risks including the systemic and financial risks associated with the climate crisis.

The electric utility anti-rooftop solar playbook (via pvmagazine USA) – Now, the Environment America Research & Policy Center, U.S. PIRG Education Fund, and Frontier Group released a report which unmasks the organizations who have been attacking rooftop solar and describes the techniques they’ve employed. The paper, Blocking Rooftop Solar, includes seven case studies from around the nation exposing the specific actions taken, which sometimes were illegal, and quite often were manipulative. The four organizations named in the report include:

· The Koch organization, which has provided funding to the national fight against solar by funneling millions of dollars through a network of opaque nonprofits. The Koch-funded campaign organization Americans for Prosperity (AFP) has carried out extensive anti-solar organizing efforts.