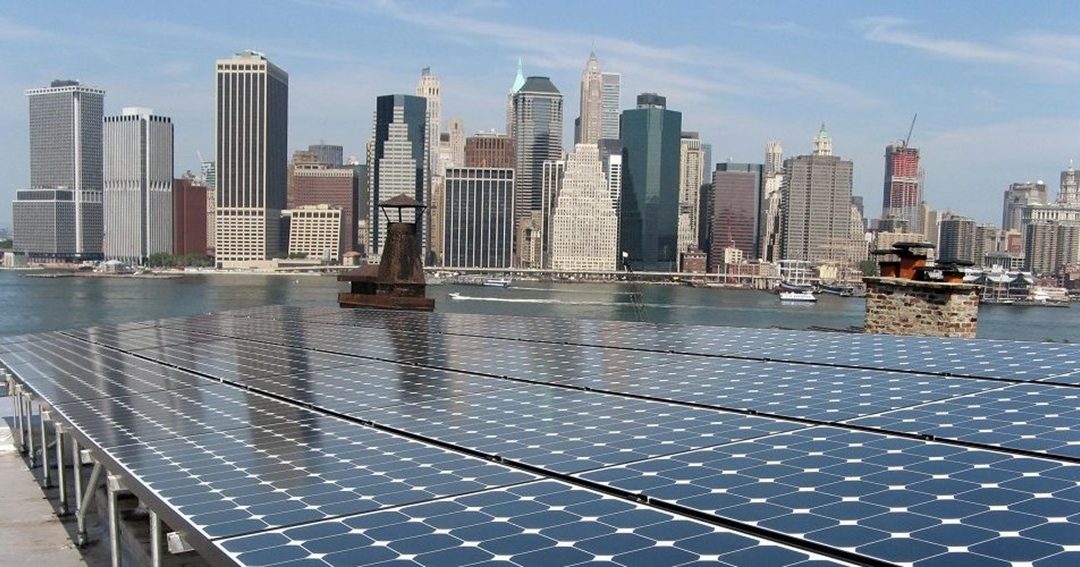 New York’s new governor sets huge solar goal during Climate Week 2021 – Governor Kathy Hochul today announced a call for the expansion of the highly successful NY-Sun program to achieve an expanded goal of at least 10 GW of distributed solar installed by 2030. Expanding the program is expected to create an additional 6,000 solar jobs beyond the 12,000 that now exist across the state. The program expansion will also deliver at least 35% of the benefits from the investments to disadvantaged communities and low-to moderate- income New Yorkers.

New York plans massive renewable energy and transmission line project to decarbonize its grid – The New York State Energy Research and Development Authority (NYSERDA) finalized contracts for the construction of its Clean Path NY (CPNY) and Champlain Hudson Power Express (CHPE) projects. If approved, the CPNY and CHPE projects will add nearly 100 solar and both onshore and offshore wind projects totaling 11,000 MW. The program will procure renewable energy and create new energy transmission in the state. It has been set up with an index REC structure to help cushion customers against spikes in energy prices. Two community projects will invest a combined $460 million for benefit funds to create pathways to green energy jobs, and restore habitat and improve environmental footprints of buildings in disadvantaged communities.

Dominion Energy Virginia proposes 15 new projects and PPAs with a combined capacity of 1GW – Dominion Energy has proposed 15 new energy projects and 32 third party PPAs totaling 1GW of power for the state, which is the largest group of projects to be submitted to the Virginia State Corporation Commission (SCC). “This is the largest expansion of solar and energy storage in Virginia history and a major leap forward in delivering clean energy to our customers,” said Dominion Energy Virginia president, Ed Baine. Construction of assets is expected to generate more than US$880 million in economic benefits across Virginia and will support nearly 4,200 clean energy jobs.

Entergy Mississippi Announces Largest Expansion of Renewable Power in State History – The company plans to replace some aging natural gas plants with 1,000 MW of renewable energy, such as solar, over the next five years. Called EDGE for “Economic Development with Green Energy”, the strategy is to provide Entergy customers an effective hedge against volatile natural gas prices. Under the EDGE plan, Entergy would add 500 MW of renewable power to its portfolio by 2025 and another 500 MW by 2027. This would increase renewable power as a percentage of generation portfolio from less than 1% to 17% in three years and almost one-third in only five years. Currently, natural gas makes up the majority of the company’s power generation portfolio. Communities will also see the benefits of new construction jobs and new tax revenue as a result of these renewable power plants all being built locally.

House passes the Build Back Better package – After months of negotiations, the House passed the Democrats’ $1.9 trillion budget reconciliation package on Friday. The bill now goes to the Senate. Revisions from the Senate are almost a certainty. The bill in its current form would allocate $570 billion in tax credits and investments into climate measures.