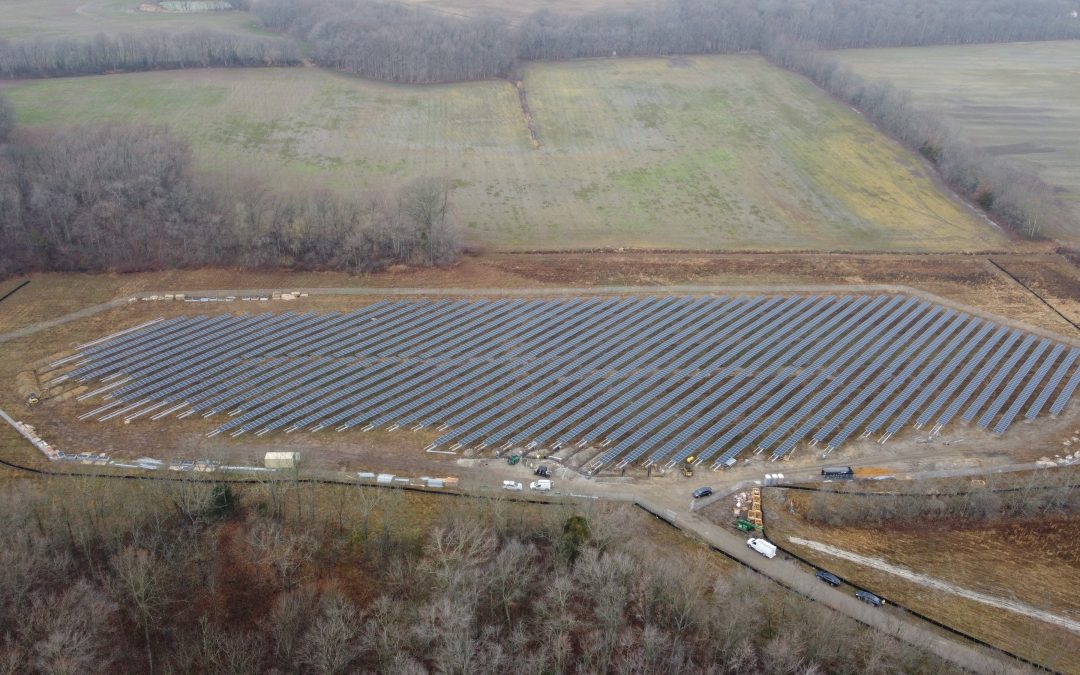 GREENWOOD, Del.- Seven new utility-scale solar projects will begin providing clean energy to Delaware Electric Cooperative members over the next three years. The not-for-profit utility has announced it will purchase power produced at solar facilities to be built across Kent and Sussex Counties. The projects are expected to be completed by the end of 2024 and are part of the Co-op’s continuing efforts to reduce its carbon footprint. Solar generating facilities near Hartly in Kent County and Greenwood in Sussex County will be operational this year.

Work is nearly complete on a large solar farm near Hartly that will power hundreds of Kent County homes. The renewable energy project is being built by Tangent Energy Solutions based in Kennett Square, PA and financed by Madison Energy Investments based in Vienna, VA. Delaware Electric Cooperative will purchase the clean energy produced at the facility at a competitive cost and deliver it to member homes, farms, and businesses.

Once completed in March, 10 acres of solar panels at the Tangent solar energy farm along Lockwood Chapel Road will be capable of producing 1.5 megawatts of electricity. That’s enough energy to power 260 homes. The facility is being built in DEC’s service territory and the clean energy generated at the farm will flow directly onto the Co-op’s distribution system.

Construction will also begin this year on the 4.5-megawatt Heimlich Solar Facility that will power about 900 Sussex County homes, farms, and businesses. The project is a partnership between Delaware Electric Cooperative and Old Dominion Electric Cooperative (ODEC). ODEC is owned by DEC and ten other not-for-profit electric cooperatives.

The 35-acre facility is being built along Mile Stretch Road just west of Greenwood. Once completed, the facility will feature nearly 16,000 individual solar panels. The project is being managed by EDF Renewables Distributed Solutions, a leading developer of solar and battery storage projects in North America. The site, which is expected to begin producing power in late 2022, is named after Delaware native Henry Heimlich, who invented the Heimlich Maneuver.

DEC is also working with ODEC and EDF to purchase the clean energy that will be produced at the Broom Solar Facility to be built near Ocean View in Sussex County. The solar farm will produce enough energy to power hundreds of Delaware homes once completed in 2023.

Finally, DEC is excited to announce it has signed agreements with EDF to purchase power generated at four new solar facilities to be built near Clayton, Harrington, Felton and Milford. Once completed by 2024, the four solar projects will generate enough carbon-free energy to power thousands of additional DEC homes.

According to Co-op President and CEO Greg Starheim, “The construction of the new solar facilities will allow the Co-op to continue to provide clean power to our members while also helping to keep our rates affordable. Solar power will play an important role in our energy mix as we work to lower our carbon footprint and reduce our impact on the environment.”

In addition to the new solar projects just announced by the Cooperative, DEC’s nearly 40-acre Bruce A. Henry Solar Farm near Georgetown has been providing members with renewable energy since 2012. Through energy efficiency programs, the Co-op has reduced its carbon footprint by 46 percent since 2005.