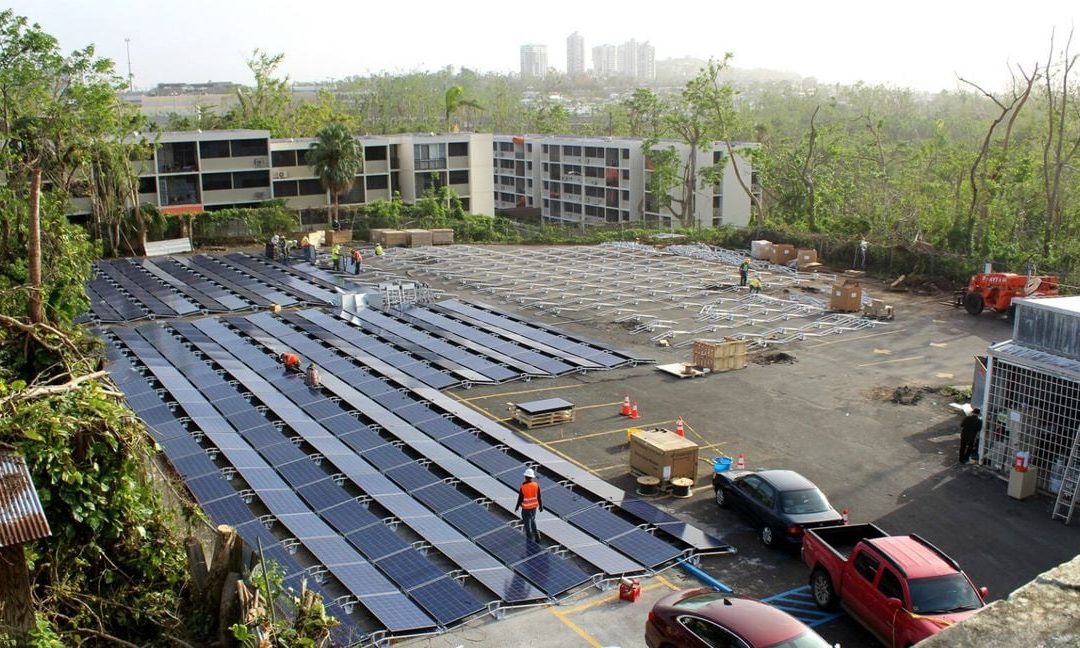 Texas regulators weigh $460M ‘performance credit mechanism’ to ensure electric grid reliability – Texas regulators are considering adopting a new market mechanism they say would help to ensure electric grid reliability by requiring utilities to purchase “performance credits” earned by generators based on their availability during hours of greatest risk to the system. The system aims to incentivize more generation to be available during times of high demand. The Public Utility Commission of Texas adopted a blueprint market design in December and hired consulting firm E3 in May to recommend options. The E3 study was released before the PUCT’s Thursday meeting and concludes a Performance Credit Mechanism, or PCM, will cost consumers about $460 million annually.

House lawmakers, advocates want $5B to help Puerto Rico install rooftop solar, storage systems – More than three dozen Democrats in the U.S. House, with the support of consumer advocates and local businesses and churches, are calling for Congress to allocate $5 billion to help struggling Puerto Ricans install solar energy and battery systems at their homes. The funding could be allocated through an emergency supplemental appropriations bill, according to House Natural Resources Committee Chair Raúl Grijalva, D-Ariz., and would help low-income households and households with people with disabilities install clean energy systems. Puerto Rico’s market for rooftop solar and battery systems is “among the most active in the country,” Grijalva and 37 other lawmakers noted in their October letter to House leadership. However, a residential solar panel and battery system costs about $25,000, lawmakers noted, while the median household income in Puerto Rico is around $21,000.

Minneapolis offers incentives for EV chargers in new garages after state code blocks requirement – Trying to tackle one of the biggest challenges in the shift to electric vehicles — the lack of at-home charging at apartments and condos — Minneapolis last year required electric vehicles chargers to be installed in the parking garages of most new construction. The effort hit an unexpected roadblock. A Minnesota building code official told the city that a provision in state law prohibits cities from adopting an ordinance to require building components or systems that differ from those in state building code. The new Minneapolis ordinance violated that provision, the official said, even though the state building code says nothing about electric vehicles. So, in October, Minneapolis amended the ordinance. Now, instead of requiring wiring and chargers in new garages, it’s trying to lure developers to add them with incentives.