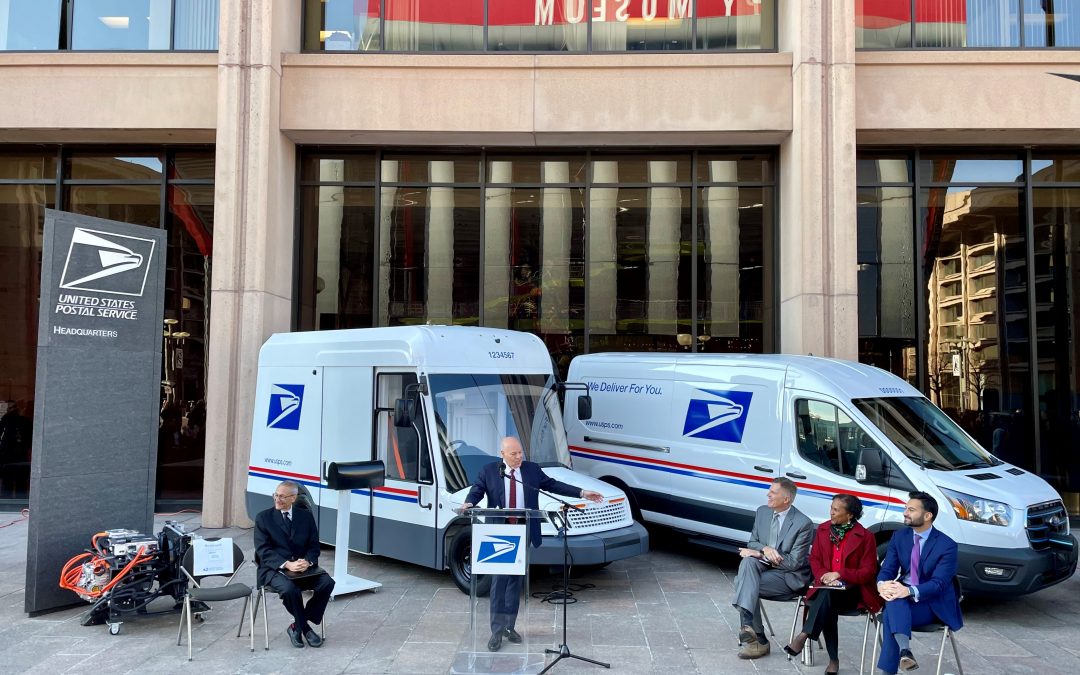 Postal Service will electrify trucks by 2026 in climate win for Biden – The U.S. Postal Service will buy 66,000 vehicles to build one of the largest electric fleets in the nation, Biden administration officials announced, turning to one of the most recognizable vehicles on American roads — boxy white mail trucks — to fight climate change. Postal officials’ plans call for buying 60,000 “Next Generation Delivery Vehicles” from defense contractor Oshkosh, of which 45,000 will be electric, Postmaster General Louis DeJoy told The Washington Post. The agency will also purchase 46,000 models from mainstream automakers, of which 21,000 will be electric. The Postal Service will spend $9.6 billion on the vehicles and associated infrastructure, officials said, including $3 billion from the Inflation Reduction Act, President Biden and congressional Democrats’ landmark climate, health-care and tax law.

Mexico plans to ask US up to $48B for solar projects: Mexico plans to ask U.S. President Joe Biden for as much as $48 billion in financing for solar projects, Foreign Relations Secretary Marcel Ebrard said Tuesday. Ebrard said the request will be presented to Biden at the upcoming Jan. 9-10 meeting of U.S., Canadian and Mexican leaders in Mexico City. Mexico hopes to build solar energy parks in the northern border state of Sonora, along with power transmission lines. Mexico hopes to receive some of the funding from the North American Development Bank, or NADBank. The bank funds green development projects, but has never provided financing on anything near the scale Mexico is requesting. Mexico also may get some of the funding between now and 2030 by issuing debt bonds. The solar parks are to be run by Mexico’s state-owned utility, which has been involved in a trade dispute between Mexico and the United States.