Research into the benefits of distributed generation 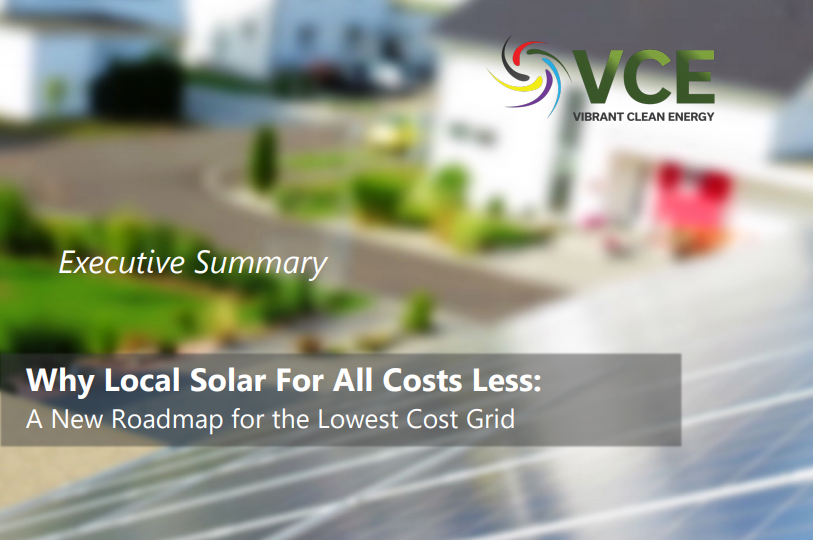 Vibrant Clean Energy – Why Local Solar For All Costs Less: A New Roadmap for the Lowest Cost Grid – The electricity system in the United States (US) is considered to be one the largest machines ever created. 1 With the advent of clean and renewable technologies, a widespread evolution is occurring. The renewable technologies are lower cost than fossil thermal generation on a levelized cost basis, 2 but their variability creates new and unique constraints and opportunities for the electricity system of the next several decades. Superimposed on the changing structure of the electricity system is a damaged climate that will continue to worsen as mankind continues to emit greenhouse gas (GHG) pollution into the atmosphere.

GTM’s Energy Gang Podcast discusses DG – This week, we finally left behind a destructive regime that thwarted environmental policy at every turn. We exchanged it for a government putting climate experts and clean-energy doers in its highest ranks in a way that no prior administration has ever done before. It is also worth highlighting the additional resources from this episode