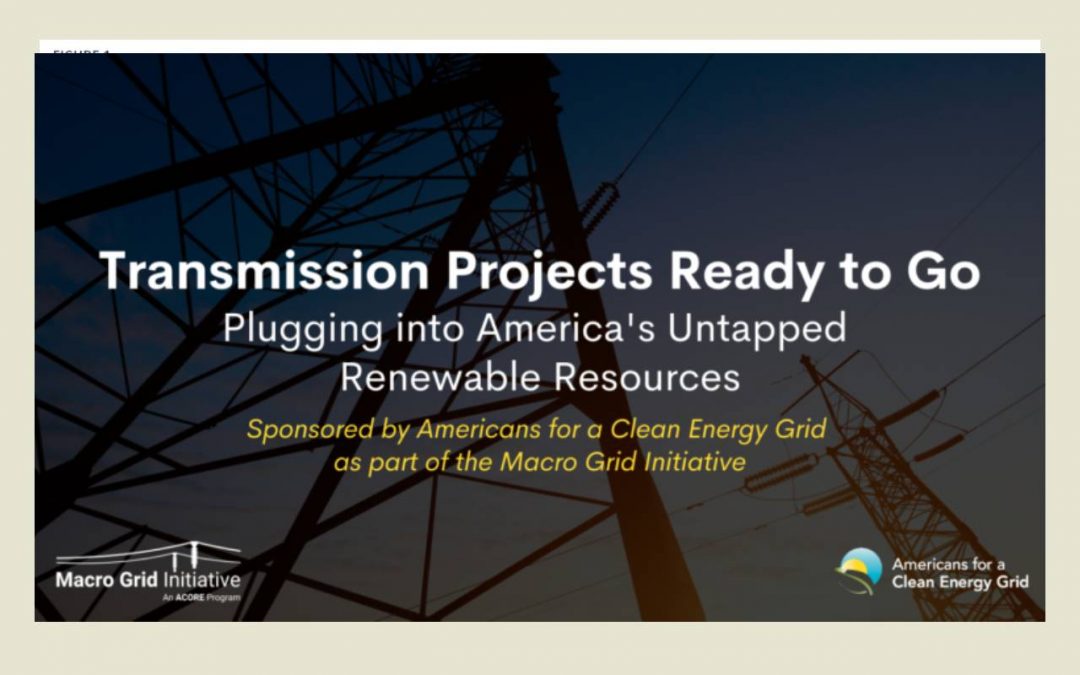 These regional and interregional transmission lines would not only bring quality wind and solar resources to areas with high demand but also increase economic development and grid resiliency as well as provide cost-savings for consumers.

Direct investment in new transmission lines, with the federal government serving as an “anchor tenant” customer;

FERC using its authority to reform transmission planning and cost allocation; and

Streamlining and expediting the permitting process.

90% of Wind and Solar Could Be Economically Competitive by 2030, Says New Study – Prices for wind and solar have collapsed in the past three years, meaning that by the end of the decade, 90% will be economically competitive with fossil fuels, according to a report by U.K.-based think tank Carbontracker. Already, some 60% of global solar resources and 15% of wind are competitive. By 2030, that will be all of solar and more than half of wind, the report says.

Rethink X: 100% Solar, Wind, and Batteries is Just the Beginning – We are on the cusp of the fastest, deepest, most profound disruption of the energy sector in over a century. Like most disruptions, this one is being driven by the convergence of several key technologies whose costs and capabilities have been improving on consistent and predictable trajectories – namely, solar photovoltaic power, wind power, and lithium-ion battery energy storage. Our analysis shows that 100% clean electricity from the combination of solar, wind, and batteries (SWB) is both physically possible and economically affordable across the entire continental United States as well as the overwhelming majority of other populated regions of the world by 2030.

Princeton University: Net-Zero America: Potential Pathways, Infrastructure, and Impacts – A growing number of pledges are being made by major corporations, municipalities, states, and national governments to reach net-zero emissions by 2050 or sooner. This study provides granular guidance on what getting to net-zero really requires and on actions needed to translate these pledges into tangible progress.