Top Listens and Reads from July 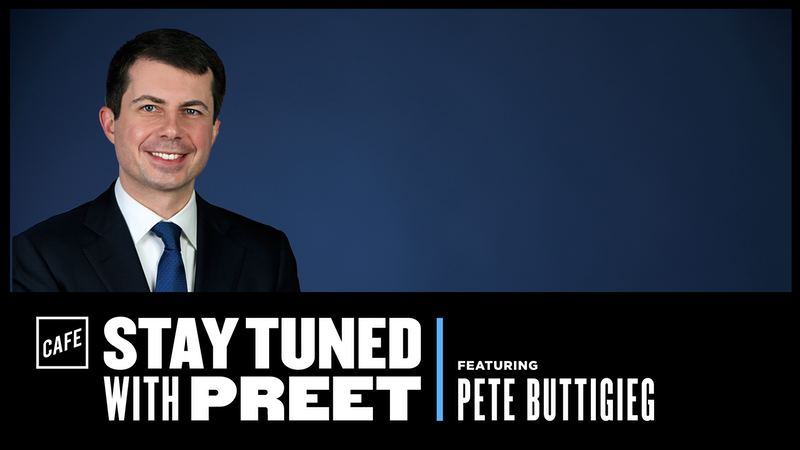 Infrastructure Speak (with Pete Buttigieg) on CAFE Stay Tuned Podcast – Preet interviews Secretary of Transportation Pete Buttigieg about the Biden administration’s efforts to pass infrastructure legislation. Interested in the history of American infrastructure? Check out this week’s episode of our new history podcast, Now & Then, on Apple, Spotify, or wherever you listen.

Why It’s Hard to Innovate in Construction – Anyone involved with developing a new building system knows that it’s incredibly difficult to get anyone in the industry to actually use your system. Anything that requires the slightest bit of process change faces an enormous uphill battle that mostly doesn’t get easier or gain momentum.

A Climate Tech Path to Sustainable Growth – The SVB Climate Tech Report is our in-depth report providing an overview on the impact of climate change, emerging climate technologies, and investments trends. Investments in Climate Tech are increasing, costs to deploy Cleantech are decreasing and Electrification can make a huge impact on reducing GHG emissions.

Three lessons the renewables boom can learn from the shale bust – Energy technology is changing fast. Costs have been falling sharply, opening up new possibilities that were not previously commercially viable. Markets are benefitting from an influx of cheap and plentiful capital too. That is the position of the renewable and low-carbon energy industry today. It was also the position of the US tight oil industry a decade ago. First overoptimistic modeling must be avoided, second technology gains plateau and finally scaling projects will create new sets of operational challenges.

Will Investing Big in Distributed Solar Save Us Billions? – Policy makers, power companies, and a majority of Americans are coming around to the idea that the U.S. needs to accelerate its efforts to green the grid. Getting on the renewable energy train is one thing. Agreeing on how and where to ride this train is more complicated. Their national study found that building a lot more distributed solar and storage (enough to power more than 25% US homes) would save $473 billion in system-wide costs. Last week, VCE released their California-focused study which estimates that distributed solar + storage could save California ratepayers $120 billion over the next 30 years.

Interchange Podcast: How Biden’s Clean Electricity Standard Might Work – Biden recently unveiled his administration’s plan for a $3.5 trillion infrastructure package to be passed through budget reconciliation. While the details are still sparse, we do know that one of the linchpins of the Biden administration’s climate strategy is a national Clean Electricity Standard (CES). This episode breaks down what that could look like.

What Order 2222 Could Mean for Customers – and What Grid Operators are Doing About It– In September 2020, the Federal Energy Regulatory Commission (FERC) generated buzz across the advanced energy industry when it issued a long-awaited order (Order 2222) opening up wholesale energy markets to aggregated distributed energy resources (DERs). In a new report, AEE set out to illuminate the benefits Order 2222 can unlock by showing various use cases for aggregated DERs in wholesale markets. If grid operators, known as Regional Transmission Operators/Independent System Operators (RTOs/ISOs), create a level playing field, the Order could increase interest and investment in various DER aggregations, improve grid reliability, and lower consumer costs. But they’re just starting the process of developing the market rules to implement Order 2222, RTO by RTO.