A tale of two transitions: the drive for cleaner school buses 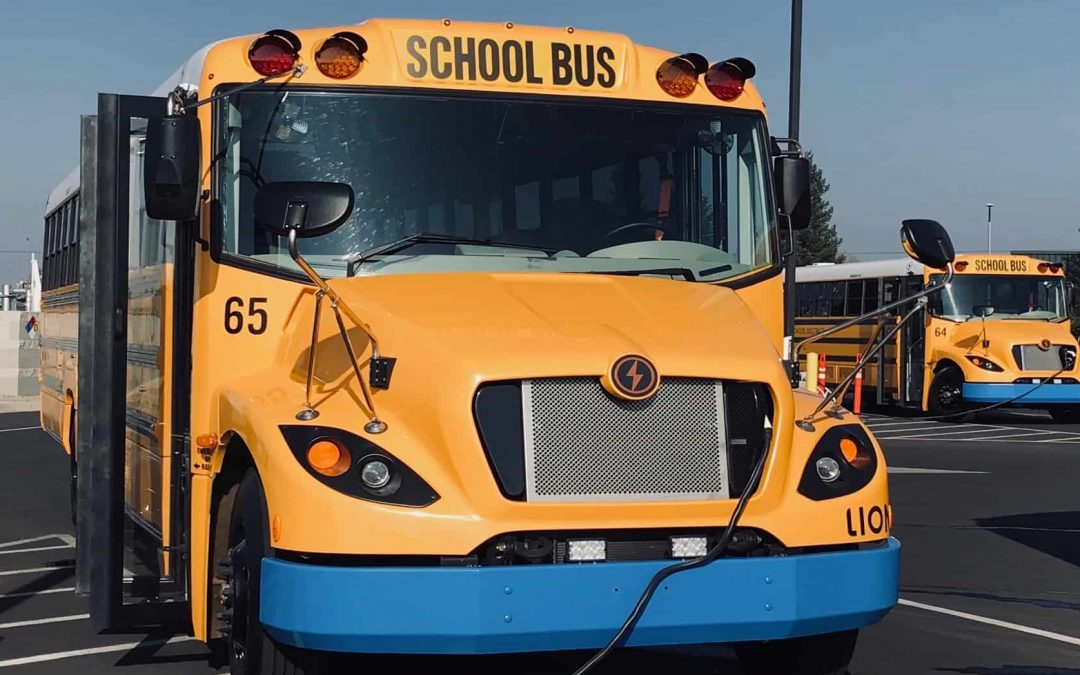 In 1998, the Supreme Court of India, in response to a Public Interest Litigation, ordered the country’s capital Delhi’s diesel bus fleet to be transitioned to run on Compressed Natural Gas (CNG) by March 2001. It was a landmark order which also encompassed other directives to improve the air quality in Delhi, which suffered one of the worst air qualities in the world. This conversion which was only completed in 2003-04, after implementation issues were overcome, is estimated to have reduced the pollutants and particulate matter in Delhi air significantly.

Though not the same, the present contemplation between gasoline-powered buses and electric buses in the US and the past deliberations between Diesel and CNG buses have similarities. CNG buses were between 20% and 200% more expensive than Diesel buses in terms of upfront costs in 2000, and at present Electric buses are estimated to cost 1.5x – 4.0x the price of Diesel buses. Though the upfront costs were significant, the cost of CNG fuel itself was lower compared to Diesel. Electric buses are also estimated to have lower operating expenditure than Diesel buses. There were also questions on the pace of change and the lack of sufficient CNG fueling stations in Delhi at the time. This is very much an issue for electric vehicle owners in the US currently. The 1998 order in India was triggered by concerns about the deteriorating air quality in Delhi, the current transportation landscape in the US is being shaped by both concerns about climate change as well as drastic price declines in batteries.

But perhaps the biggest parallel is that the 1998 order benefitted Delhi’s working class – people who didn’t own cars and worked outside of air-conditioned offices (which provided better air quality) and a move to electric buses in the US would undoubtedly help a disadvantaged section of the population (about 5% of US workers, 3.6 million people, use buses as their primary mode of commute). However, there is another subset of the population that stands to gain enormously with electric buses (as it did with the move to CNG) – pre-high school students. Bureau of Transportation Statistics states that over half of pre-high school students (~10 million) ride the bus to school (emissions from which impact student health). The school bus system at 480,000 buses dwarves the public transit bus system (~96,000 buses).

In the recent months, several school districts (in Philadelphia, Phoenix, Arlington, Anaheim, Los Angeles among others) have added electric school buses to their fleets. Some districts have had the benefits of state grants to finance the purchase. This is good progress but most of the initiatives have so far been concentrated on the coasts. Less than 1% of the school buses in the US currently are electric. This statistic is more sobering when seen alongside the fact that over 60% of low-income students rely on the bus to commute to school. Student bus ridership is inextricably linked to household income and vehicle ownership. US elementary and secondary school enrollment broken down is about 40% suburban, 30% in cities, and 20% in rural areas and 10% in towns. About 62% of electric bus procurement and commitment (by volume) has been within suburban school districts, 25% in cities and just about 13% in towns and rural areas.

Electric school buses cost ($230,000 – $400,000) between two and four times that of Diesel buses ($110,000 average). This is a significant upfront cost even accounting for reserves for decommissioning the existing fleet and purchasing new replacement buses. The average school district spends about $12,000 to $13,000 per student annually. Capital Outlay Expenditure is about 10% of the average budget per student. Changes in budgets can significantly impact how the schools plan for transportation. It is estimated that by eliminating one bus route, schools save an average of $37,000 annually.

Alleviating the stressed balance sheet of school districts at competitive cost of capital can make all the difference and create a more inclusive clean transportation movement. Though the switch to CNG improved air quality and consequently health of millions of Delhi residents, the order and the implementation were not without controversy. The cost burden of this transition was mostly borne by Delhi’s Transit Authority, Delhi Transportation Corporation (DTC), and was financed by governmental loans. Cost of these loans were between 10% -15% and they were amortized within 13 years. It is estimated that about 50% of the opex was just interest. This exemplifies the impact of financing on any transition which involves higher upfront expenses and lower operating costs. Financing in an emerging economy two decades ago would look drastically different vis-à-vis infrastructure financing in the US today, but even in the current low interest rate environment, State and local governments backing the credit of low-income school districts or providing capital grants can accelerate the adoption and further multiply the value. Schools can in turn divert the savings into much needed supplies, instruction, and benefits for teachers.

One of the ways to complement the state grants and federal support to finance electric bus purchase is having third-party financiers come in with their capital. Experienced financiers will be able to bundle financing of electric bus fleets, solar panels to provide low-cost energy during the day to charge the fleets along with price certainty in the long-term, and the requisite charging infrastructure. This will be off-balance sheet financing that can help ease the burden of upfront capital requirements. Average savings are estimated at $31,000 per year for a 12-13 year life. Furthermore, operators who are able to integrate Vehicle-to-Grid (V2G) will be able to add to the savings as monetization of grid services will further lower the cost to the schools. V2G is still nascent but has tremendous potential as the industry standardizes protocols and efficiency scales up.

Biden Administration’s Infrastructure bill, which includes $7.5b to help schools transition to electric buses ($7.5b is split between transit and school buses), is a step in the right direction but it is the colossal sustainability and infrastructure-related capital floating in the market right now searching for long-term stable returns and societal benefits which has the potential to move the needle. The nature of the transition is such that it needs be managed at the local level supported by the States and Federal government – another policy to enable this shift is to open up electric markets across the country to third-party solar and fleet financing (solar can ensure availability of long-term electric supply for charging at low rates). Not all states allow third-party solar financing as of today – and the states which have exposed utilities to competition have witnessed significantly higher growth in distributed generation.

The decision in 1998 in India materialized only because the Supreme Court took a long-term view and gathered the political will to deliver. In a time when the political environment is highly polarized and there is significant partisan divergence in policy, infrastructure improvements with benefits for all students in school districts all over the nation is something that in my opinion most people and legislators can rally behind. The drive for cleaner fuels resulted in better health for millions of kids and adults in Delhi (including me) and zero-emissions buses, which deliver financial savings, can be one of the best investments we can make today for the next generation and the planet.

Shivapriya Balasubramanian is Director, Valuations at Madison Energy Investments with experience investing in clean energy infrastructure in the U.S. and India. She is also a New York CELI Fellow 2021.

This was originally published in School Transportation News January 2022 issue (stnonline.com Jan 2022) as A Tale of Two Transitions: a switch to CNG in India over two decades ago is similar to the path being taken by today’s electric school bus movement in the U.S.