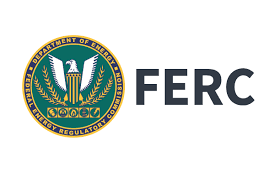 GTM: ‘Game-Changer’ FERC Order Opens Up Wholesale Grid Markets to Distributed Energy Resources – A huge opportunity for solar, batteries, EVs and other DERs — and a huge challenge to integrate utility grid operations with bulk energy markets. Many of the top energy-focused law firms have good write-ups on this.

House of Representatives passes Clean Energy Jobs and Innovation Act – Sets a goal for the country to reach net-zero pollution no later than 2050. Makes environmental justice a priority and requires every agency of the federal government to add environmental justice to its mission. Revamps the government’s energy research programs to focus on the most important challenges to each of the technologies and sectors, including bringing down the barriers to offshore wind, improving solar manufacturing processes and developing technologies and tools to integrate large amounts of wind and solar on the grid. Builds up grant programs in energy efficiency, clean transportation, grid modernization and workforce development. ACORE Statement on Clean Economy Jobs and Innovation Act Statement from Gregory Wetstone, President and CEO of the American Council on Renewable Energy (ACORE): “ACORE has endorsed many of the renewable energy, energy storage and grid modernization provisions in the Clean Economy Jobs and Innovation Act, and embraces the workforce diversity and environmental justice goals of the legislation. But even the most productive federal R&D won’t be commercialized and deployed for a number of years, and there is precious little in this legislation to accelerate the decarbonization of our electric grid today. What the renewable sector needs most right now is temporary refundability for renewable tax credits so that renewable energy projects can be completed in spite of a COVID-constrained tax equity market, and a delay in the scheduled phasedown of existing credits in recognition of the adverse nationwide impact the pandemic has had on renewable deployment this year. Enacting these commonsense emergency relief measures into law would stem job losses in every state, keep us from falling even further behind our climate commitments, and help the renewable sector power the nation’s economic recovery.”

AWEA and Others Join Forces to Make US Renewables More Dominant – The American Wind Energy Association (AWEA) plans to merge into a new clean energy industry body that will also include some of the largest US utilities, in a bid to make renewables “the dominant power source in America”.

BNEF: Solar and Wind Reach 67% of New Power Capacity Added Globally in 2019, while Fossil Fuels Slide to 25% – Photovoltaics (PV) dominated as the main new power-generating technology source added to grids in dozens of countries ranging from Australia, to India, Italy, Namibia, Uruguay and the U.S. in 2019. With a record 118 gigawatts constructed, PV topped all other technologies in new-build terms and was the most popular technology deployed in a third of nations, according to complete and proprietary data compiled by research company BloombergNEF (BNEF). In all, 81 countries built at least 1 megawatt of solar during the last calendar year and solar accounted for nearly half of all new power generation capacity constructed worldwide. The findings are highlighted in BNEF’s new Power Transition Trends 2020 report and online tool, which tracks detailed capacity and generation data over the past decade.