State Activity Ramps Back Up 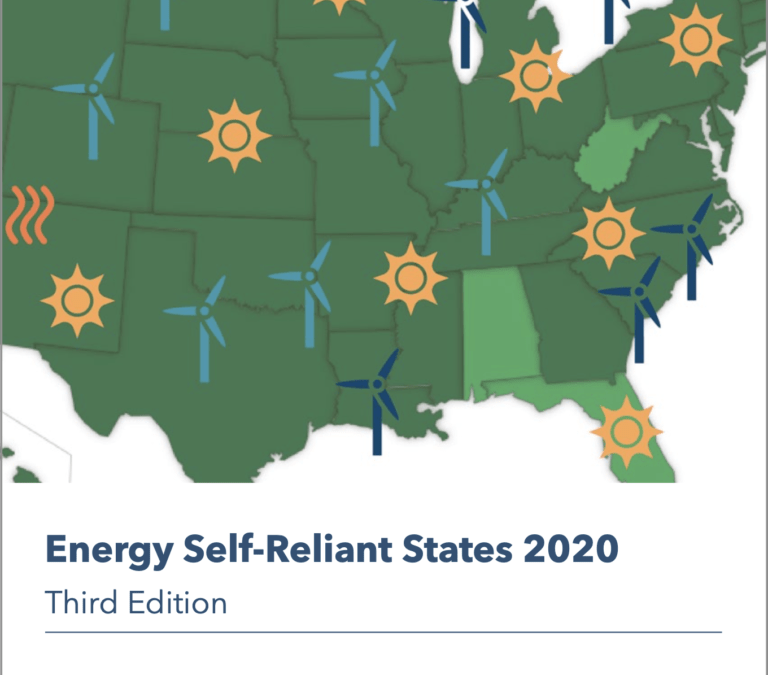 Report: 47 States Could Meet 100% of Electricity Needs Using In-State Renewables – If each U.S. state took full advantage of its renewable resources, how much electricity would it produce? How much of its own electricity consumption could renewable energy fulfill? Would in-state renewable generation be enough to charge electric vehicles and power electric heating, too? The answer, in almost every state, is a resounding yes.

California: a little bit of everything: There is the positive that California still has massive potential for distributed generation. And of course the negative side of historic wildfires, horrendous air quality, and other effects of climate change highlighted in the world’s fifth largest economy. Governor Newsom recently appeared on Kara Swisher’s podcast Sway to discuss these challenges as well as the bold requirement for all cars in California to be zero-emission by 2035.

Solar Dominates Maine’s Largest Renewables Procurement on Record – Maine utility regulators have announced the results of the state’s largest renewables procurement to date, with solar developers coming away with the majority of winning bids. Solar will account for about 482 megawatts of the 546 megawatts of projects approved Tuesday by the Maine Public Utilities Commission. Maine now has about 90 megawatts of solar installed, putting it in the bottom 10 states in the country, according to rankings from Wood Mackenzie and the Solar Energy Industries Association. However, the state is slated to add more than 800 megawatts in the coming years.

Michigan – E2: Gov. Whitmer’s Plan Will Reduce Carbon Emissions, Increase Clean Energy Opportunities: Governor Gretchen Whitmer today announced an executive order that would make Michigan among states with the most aggressive carbon reduction goals in the country. The governor’s plan, which calls for Michigan to become carbon neutral by 2050, will reduce greenhouse gas emissions while creating new jobs and opportunities in clean energy, according to the national, nonpartisan business group E2 (Environmental Entrepreneurs).