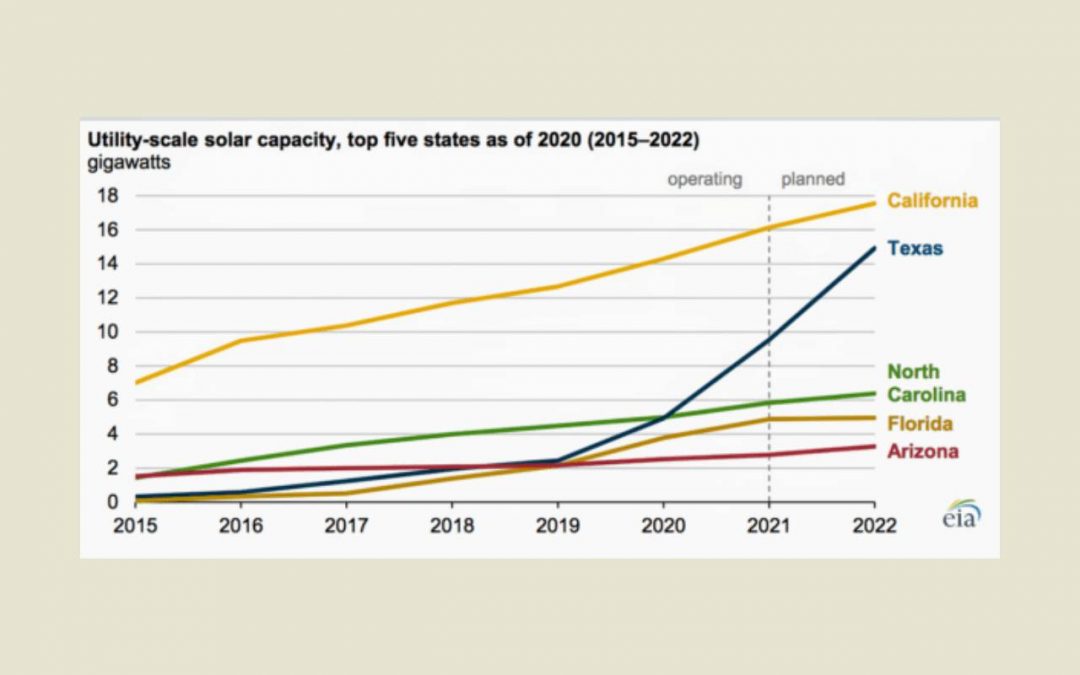 Texas is poised for major growth in solar energy, EIA says – Solar is on track to make up the largest share of new capacity additions in Texas between 2020 and 2022. Almost 50% of the additions during this time period will be solar, surpassing wind (35%) and natural gas (13%) additions, according to the Energy Department’s Energy Information Administration (EIA).