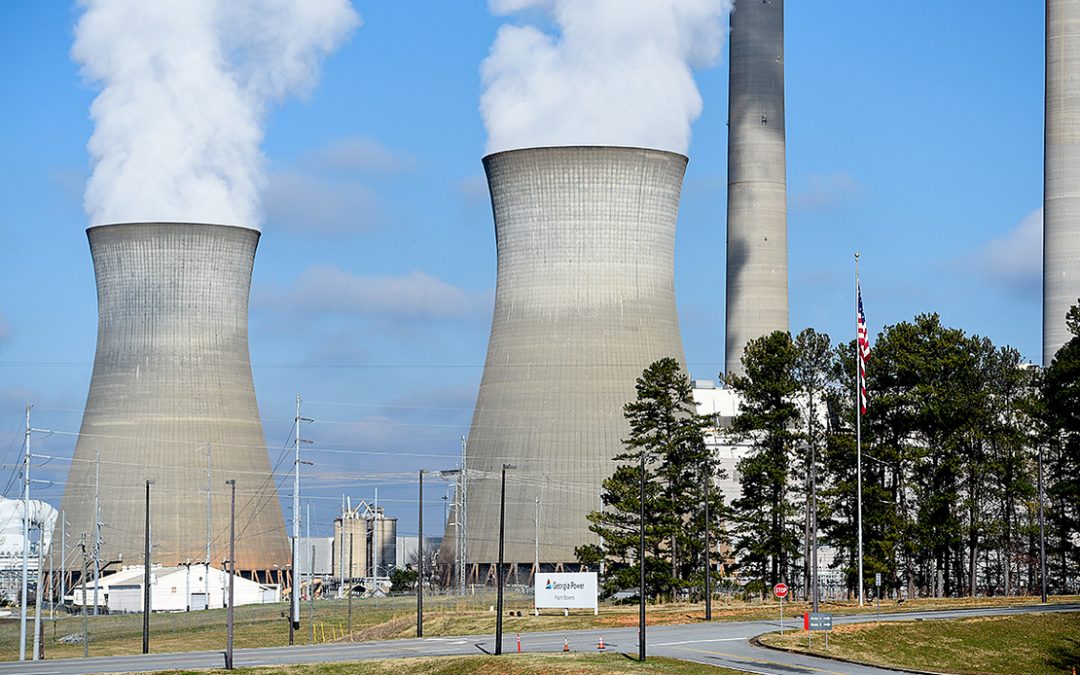 Georgia Power plans to double renewables – Southern Co.’s Georgia Power utility announced a plan yesterday to double its renewable energy footprint by 2035 as it maps out a path to close the rest of its coal fleet in that time. The moves, which reflect the electric company’s continued transition to cleaner fuel sources, would help Southern achieve a net-zero carbon goal by 2050 for electricity. Other steps at Georgia Power include extending the life of hydropower units and Plant Hatch nuclear reactors, adding 1,000 megawatts of energy storage, and revamping energy efficiency and solar programs. Georgia Power plans to shutter 12 coal units, totaling about 3,500 megawatts, by 2028. It wants to replace that electricity with a combination of renewables as well as 2,356 MW of natural-gas-fired power that it plans to buy from power plants that are already running.

Indiana utility’s net metering calculation overturned in court – Indiana utility CenterPoint’s attempt to change how the bill credit was calculated on customers’ monthly bills by eliminating netting altogether was overturned. CenterPoint wanted to replace netting with a tariff provision that charged DG customers the retail rate for every kWh delivered by the utility and credited customers at the much lower 125% of wholesale rate for every kWh of energy delivered by the customer to the grid. This change was initially approved by Indiana Utility Regulatory Commission, but was challenged in the Indiana Court of Appeals by a broad coalition of solar companies, environmental and consumer advocates, led by the Indiana Office of Utility Consumer Counselor. On January 28, the coalition won their appeal, and the decision was overturned.

Connecticut Launches Statewide Battery Storage Program – Connecticut’s Public Utilities Regulatory Authority (PURA) launches Energy Storage Solutions, a statewide electric storage program for all Eversource and United Illuminating (UI) residential, commercial, and industrial customers. Energy Storage Solutions will be administered by the Connecticut Green Bank, along with Eversource and UI. The nine-year program officially launched on January 1, 2022 and will continue through at least December 31, 2030. Average upfront incentives for residential customers will initially be around $200 per kilowatt-hour (kWh), with a maximum per project incentive of $7,500. Commercial and industrial customers will also be eligible for upfront incentives, with a maximum incentive of 50% of the project cost. Residential, commercial, and industrial customers will all be eligible for performance incentive payments based on the average power an electric storage project contributes to the grid during critical periods.

Massachusetts Advances Dozens of Solar Projects on Hold for Nearly Two Years – The Massachusetts Department of Public Utilities (DPU) has issued an order expanding the Solar Massachusetts Renewable Target (SMART) program from 1,600 to 3,200 MW of solar capacity, allowing dozens of solar projects to move forward. The order will take effect on January 14, 2022, when the commonwealth’s utilities file their compliance documents. “This order from DPU will soon allow more than 175 MW of solar projects to move forward, ending an 18-month purgatory for new commercial and utility-scale solar projects,” says David Gahl, senior director of state policy, East, at the Solar Energy Industries Association (SEIA). “These solar projects are a key part of the commonwealth’s plan to reach net-zero carbon emissions.