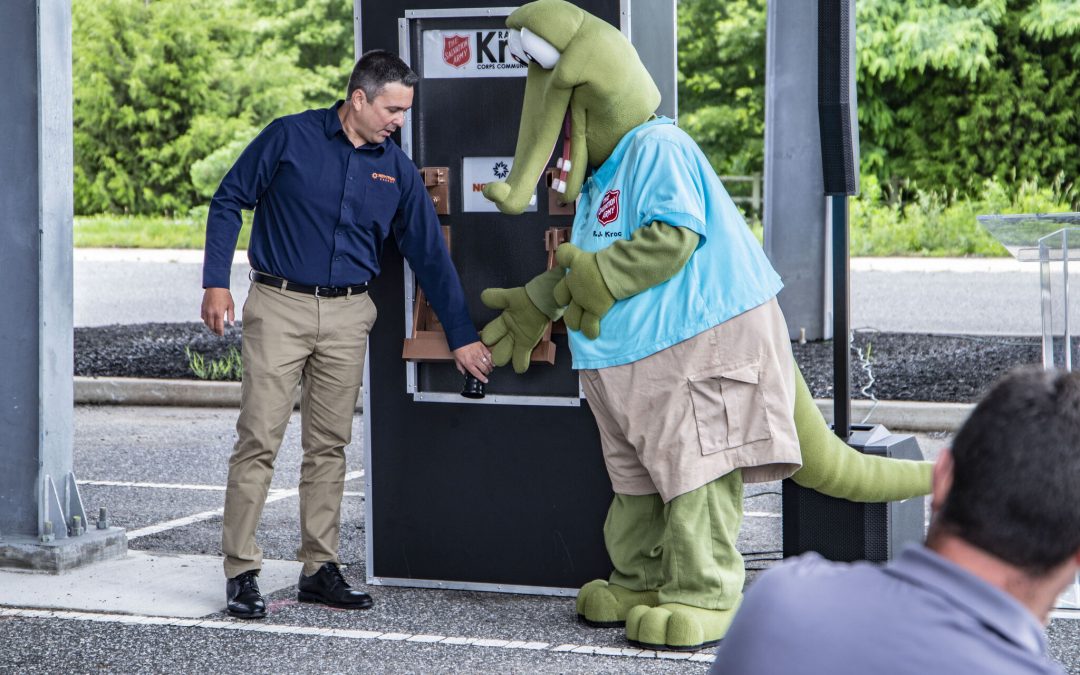 The system, provided by Novitium Energy in conjunction with Madison Energy Investments, required no upfront costs to The Salvation Army. It is projected that the new system will produce approximately 1.8 million kilowatt hours of electricity annually and meet 56% of The Salvation Army Camden Kroc Center’s energy needs. Over the next 15 years, the system will save the Center an estimated $1.65 million in energy costs, with an estimated $95,000 savings in the first year.

Novitium CEO Jeremy Conner shared, “Our partnership with The Salvation Army is so important as we all recognize the enormous impact that the organization has not only in our local community, but across all corners of the United States and beyond. We see our contribution to this project as an opportunity to give something back to The Salvation Army with a lasting, substantial impact.”

Major Keith Maynor of The Salvation Army explained, “This is an exciting time for our organization. Not only will we save money with the new solar energy system, we will also eliminate a large amount of greenhouse gas emissions which continues a strong track record of environmental stewardship through the Camden Kroc Center. The support we have received has been a tremendous blessing.”

The event was attended by public official City Councilman Chris Collins and received an invocation from Major Jongwoo Kim of The Salvation Army. While unable to attend due to General Assembly responsibilities, Assemblyman William Spearman recognized The Salvation Army and Novitium Energy with a Congressional Proclamation issued by the United States House of Representatives. You can see footage from the event here.

About The Salvation Army Camden Kroc Center
Opened in 2014 to enhance The Salvation Army’s service in the City of Camden since 1880, The Salvation Army Kroc Center is a 128,000-square-foot state-of-the-art community center on a 24-acre campus. The Center provides recreational, health, educational, cultural, family, and spiritual programming to Camden and the surrounding community. The facility includes a black box theater, water park, pool, commercial kitchen, youth and senior centers, chapel, field house, fitness center, food pantry and much more. Outdoor amenities include a soccer/football field and two baseball/softball fields.