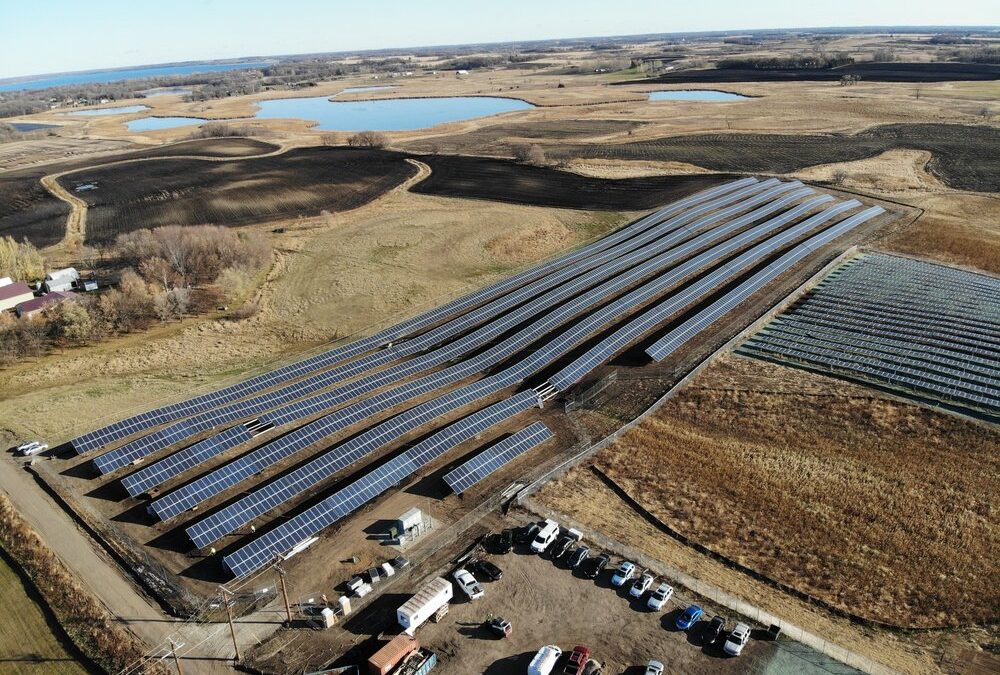 Michigan utility doubles distributed generation cap – Consumers Energy, an investor-owned utility serving over 6 million customers in Michigan, filed a settlement agreement with the Michigan Public Service Commission (MPSC) in its 2022 rate case. The utility now awaits MPSC’s approval on the settlement agreement. Under the settlement, which was arrived at in late December, Consumers agreed to raise its cap on distributed generation in its service territory from 2% to 4% of total generation. The cap was one of the most restrictive distributed energy ratemaking rules in the nation and had come under fire from solar advocates and environmentalists since it was placed in 2008. Members of Vote Solar, the Ecology Center, and the Environmental Law and Policy Center (ELPC) worked in tandem to advocate for this outcome. “Raising the cap on distributed resource generation has been a long time coming, and we’re thrilled to have this increase included in the agreement,” said Will Kenworthy, Midwest regulatory director at Vote Solar.

New Jersey launches new large-scale solar program with goal of 300 MW per year – The New Jersey Board of Public Utilities (NJBPU) on Dec. 7 established the Competitive Solar Incentive (CSI) Program, a new program designed to encourage grid scale solar generation in New Jersey. CSI is a key part of the State’s Successor Solar Incentive initiative (SuSI), which was enacted by the Board in 2021 and is expected to significantly increase the State’s Solar program at a lower cost for ratepayers. The new CSI program has a goal of incentivizing at least 300 MW of solar annually until 2026. The CSI program will primarily cover large projects, including all types of grid supply projects and net-metered, non-residential projects greater than 5 MW. “The CSI program is a vital component of our new SuSI program and will play a major part in helping us meet our solar goals while decreasing costs to ratepayers,” said NJBPU president Joseph L. Fiordaliso. “Our growing solar program, which not only includes CSI and ADI but also community solar, is one of the core programs in achieving Governor Murphy’s goal of a 100 percent clean energy future”.

How New Mexico’s New Interconnection Rules Position It as a Clean Energy Leader – New Mexico’s updated interconnection rules adopted by the New Mexico Public Regulation Commission on November 30, 2022—represent a major win for New Mexico communities, clean energy developers, and the environment. Interconnection rules determine how technologies that generate or store electricity, like solar PV systems, are reviewed and granted permission to connect safely and reliably to the electric distribution grid. These improvements to New Mexico’s interconnection policies were shaped substantially by IREC’s regulatory team. They reflect a number of cutting-edge best practices developed under the BATRIES project, a multi-year effort to reduce barriers to energy storage and solar-plus-storage interconnection, funded by the U.S. Department of Energy’s Solar Energy Technologies Office and led by IREC, in partnership with the Electric Power Research Institute, utilities New Hampshire Electric Cooperative and PacifiCorp, the California Solar and Storage Association, the Solar Energy Industries Association, and law firm Shute, Mihaly, & Weinberger, LLP. In addition to aligning New Mexico’s interconnection rules with national best practices, the update will pave the way for greater use of energy storage and smart inverters in the state. This is critically important as both of these technologies have an important role to play in enabling high levels of renewable energy to be incorporated safely and reliably into the electric grid.